Create an Account - Increase your productivity, customize your experience, and engage in information you care about.

Garden City has been actively working on helping to clean up the Rouge River beginning back in the late 70’s. The City voluntarily began to separate it sewer systems. This means that there is one pipe system for sanitary wastes and a separate pipe for storm flows, i.e. catch basins on the streets.

Up to that time, the City had a “combined sewer” system, both sanitary and storm flows were in the same pipe. These pipes were connected to the Wayne County Interceptor, which is under Hines Park. This interceptor is connected to the Detroit Sanitary Sewer System. All the flows were then treated at the Detroit Sewer treatment plant. When heavy rains occurred, the interceptor could not take the flows, and at 2 sites from Garden City, the excess combined flow went into the Rouge River.

The City had permits for these combined sewers overflows (CSOs) along with 47 other communities in the Rouge Watershed. In the late 80’s, due to a lawsuit, the Federal Court in Detroit directed that CSOs be eliminated. The City had continued to separate small areas through out the 80’s, but Federal Court ruling caused the City to move forward to get rid of its CSOs. The City decided to continue to separate its sewers, and completed this work with the last four big separation projects in the early 90’s. These projects were completed in the mid 90’s and our CSOs were eliminated.

Sanitary sewer overflows (SSOs) became the next problem that the region had to address. SSOs are a direct discharge of water from the sanitary system. Garden City has no direct SSOs, but during a couple large rain events since the completion of our CSO projects had to discharge sewage into our storm system to prevent basement flooding. During large rain events our sanitary flows are still too large for the interceptor. The large flows are mainly from basement footer drains that are still connected to our sanitary sewer system. We are not alone with this problem. For the last few years, Garden City has been working, which its neighboring communities on a regional solution to this problem.

Storm water discharges and their affect on the Rouge River have come forward in recent years too. The City originally was covered under a Voluntary General Storm Water Permit, which has been converted to a General Storm Water Permit within the last year. The whole Rouge watershed has worked in smaller sub-watershed advisory groups to address storm water issues for the about the last five years. Garden City is a member of the Middle 3 and Lower 2 Sub-watershed Advisory Groups (SWAG).

Detailed information on what has been done and is being done in the Rouge Watershed can be found in the links listed below. Garden City’s efforts are included in this information. Information is also provide on what businesses and homeowners can do to help improve the Rouge River and to prevent pollution. 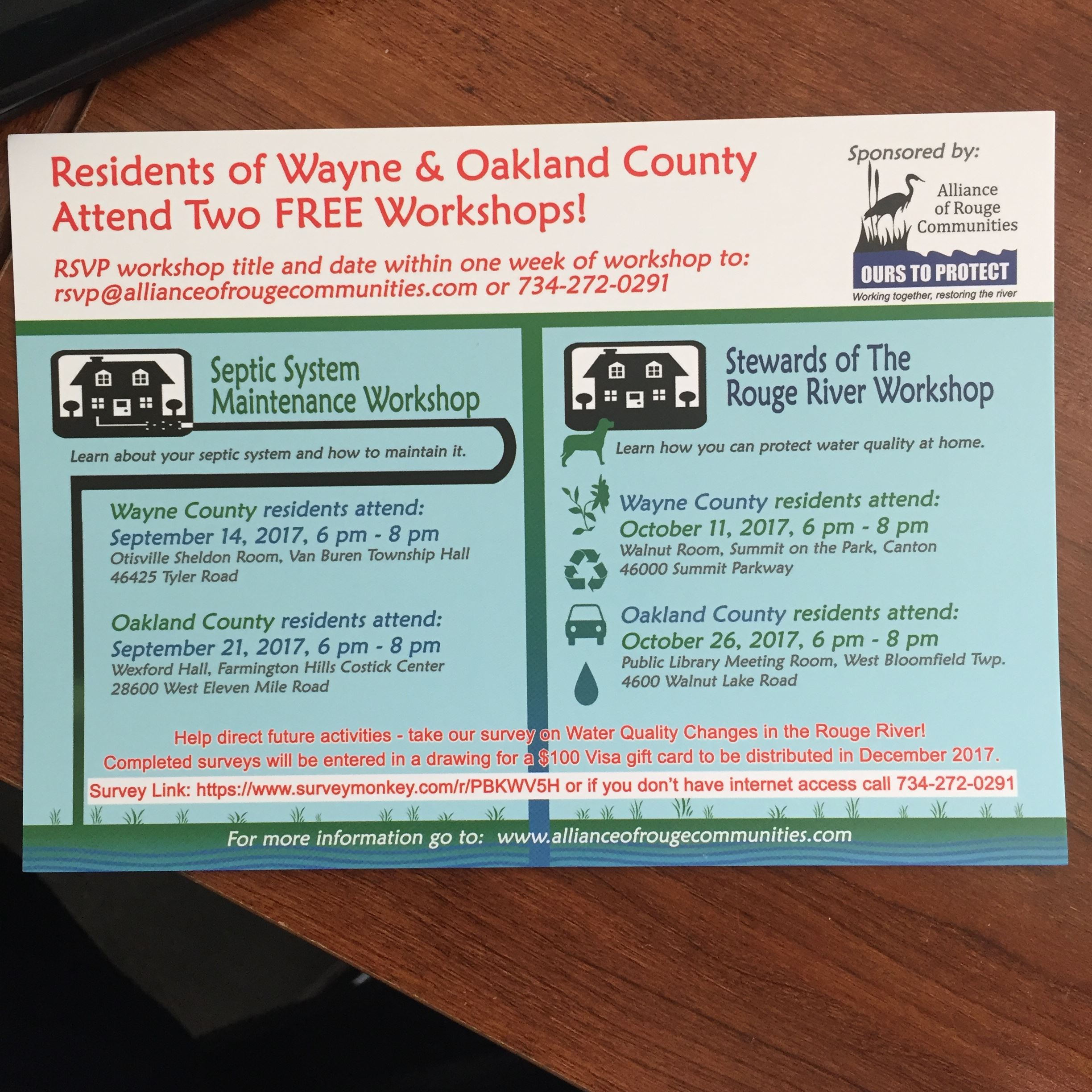